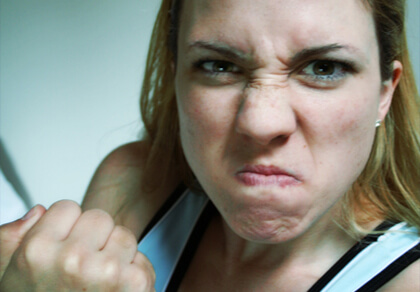 Domestic Abuse is defined by Minn.Stat. §518B.01 as physical harm, bodily injury, or assault; the infliction of fear of imminent physical harm, bodily injury, or assault; or terroristic threats. An Order for Protection (OFP) can only be granted against a household member. There does not have to be an actual physical injury to justify the issuance of an OFP. Instead, an OFP can be issued merely if the person alleging the abuse indicates that he or (more likely) she was fearful of an act of domestic abuse or domestic violence. One concern about domestic abuse proceedings is that the presiding judicial officer may be inclined to issue the OFP even though there is no evidence that the accused individual ever actually physically harmed the other person. As a result, OFPs can sometimes be issued based upon mere words and allegations of fear, rather than actual physical abuse.

Most OFPs are issued ex parte, or without the other party being informed of the request for the OFP, or given an opportunity to provide an initial response to the allegations. Consequently, the person against whom the OFP is directed is frequently required to leave the home on a moment’s notice; with the escort of the sheriff, who typically serves the OFP.

The party whom the OFP is directed against is supposed to receive one week’s notice of any hearing regarding the request for an OFP, and he or she can either admit or deny the allegations. If the party denies the allegations a trial is held to determine if domestic abuse did in fact occur, and whether the person seeking the OFP (the Petitioner) is entitled to relief. One important ramification relating to whether an OFP is issued relates to whether the person against whom the Order is issued can continue to own or be licensed to use firearms.

While domestic abuse is certainly a serious issue in this country, and across the globe, we at the Nygaard & Longe Law Office have seen many instances where a would-be custodial parent will attempt to obtain an Order for Protection against the other parent in an effort to gain an advantage in an upcoming or anticipated contested custody proceeding. Another concern about domestic abuse proceedings is that the facts surrounding allegations of domestic abuse are usually limited to “he said/she said” situations; which can make it difficult to challenge the allegations, especially if one of the parties is not being truthful. Many times judges err on the side of caution and issue the OFP, despite the fact that there is no real evidence of abuse and the issuance of the Order may be unwarranted.

If the Court finds that domestic abuse has occurred it can grant the Petitioner a variety of relief; including occupancy of the residence, temporary custody of the children, and child support. The Court can also order the person from whom the OFP is sought against (the Respondent) to pay child support, restrict his or her parenting time with the children, and order him or her to obtain counseling or attend anger management classes. In short, a domestic abuse proceeding can essentially be a mini, expedited, marital dissolution proceeding.

The OFP is typically issued for a period of one year. Violation of an OFP is a misdemeanor, and can result in incarceration.

The Nygaard & Longe Law Office has successfully litigated hundreds of domestic abuse proceedings, or settled the case when appropriate.