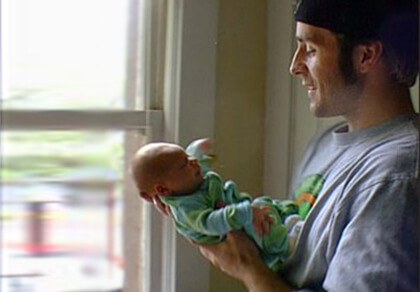 Child support obligations under the new guidelines are determined through the application of a somewhat complicated formula. Essentially, a base child support obligation is established based upon both parents’ gross monthly incomes (Minn.Stat. §518A.35). Then, that figure can be reduced based upon how much time the children spend with the “noncustodial parent” during the year (Minn.Stat. §518A.36). Income can be imputed to a party if he or she is voluntarily underemployed or unemployed.

One problem with the formula used by the new guidelines is that if the noncustodial parent has the children between 10 percent and 45.1 percent of the time during the year, he is only entitled to a 12 percent adjustment in his or her child support obligation. Thus, even though the noncustodial parent may have the children almost one-half of the time during the year, he or she will only be entitled to meager 12 percent reduction from the guidelines. Our office considers this to be a rather inequitable result, especially considering that the new guidelines were modeled, in part, upon Oregon’s child support guidelines; which contain a number of gradations for the discount based upon the percentage of time the children spend with the noncustodial parent, rather than allowing all parents who have their children between 10 and 45.1 percent of the time during the year only a single 12 percent discount.

In addition to the base child support obligation the noncustodial parent can also be required to make a contribution towards the minor children’s day care, medical insurance expense, and nonreimbursed medical expenses.