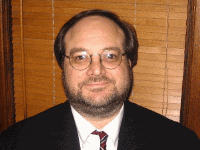 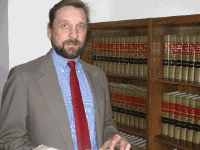 Mark Nygaard graduated cum laude with a degree in political science from Hamline University, and obtained his juris doctor (law) degree from the Hamline University School of Law. He was licensed to practice law in Minnesota in 1987 and is admitted to practice before the United States Federal Courts. For several years in the early and mid 1990s Mr. Nygaard was a volunteer lobbyist for a noncustodial parents group at the Minnesota legislature As a part of those lobbying efforts he was also a member of the Governor’s Commission on the Enforcement of Child Support, advocating for the rights of noncustodial parents. Mr. Nygaard has been quoted in the Minneapolis StarTribune newspaper, and the Nygaard & Longe Law Office was featured in a story broadcast on KSTP-5 Eyewitness news in the Twin Cities. For many years Mr. Nygaard also conducted legal seminars for fathers at the Father’s Resource Center. Mr. Nygaard has tried many contested cases involving complex custody and property issues, and has also argued several cases before the Minnesota Court of Appeals.

Mr. Nygaard also provides representation in the areas of entertainment law (see, his profile at the Internet Movie Database), and for minor criminal offenses.

Mr. Nygaard resides in the City of Saint Paul.